The Ark of Pillars

On March 8,1970 I received a prophecy: "I will tell you of things that will come to pass. An Ark will be built on pillars so as to be secured from a plague of Rats during a time of a worldwide famine. (this day is developing).

The message is: As it was in the days of Noah so shall it be again in a future time. (This message has expanded realities as refers to "transporting").

Now today May 27, 2013 the Manifester Yada comes to tell the meaning of this parable...The Ark to be built is a "Virtual Reality Ark" to be put on the Manifester Yada Website. Its revelations, as people move through its corridors will be amazing. The "Pillars", the Ark is to be built on, will be called "nano-pillars". The electrical characterization of these Nano-Pillars, is that they will be constructed with an electronic transport having crystalline phrases.

These Nano-Pillars will use a conductive force of microscopy implementation. As to the Term "Rat s" , this refers to the susceptibility of today's and even future times, as to hackers, who are intruders and infiltrators. The Ark will hold secret reveals of scientific and potential military uses of energy and atomic-latticing. The method used to eradicate these "Rat s", is called: R emote A ccess T ools, (Remote Access Tools), or abbreviated "Rats".

You who read this post, and witness this word, and those who have some knowledge on this kind of structure, please make a comment and also express your interest to know more...(This is a 60fold interpretation).

AN ORDINARY MAN, A MORTAL — ONLY BY THE GIFT OF SPIRITUAL INSIGHT DOES THIS CHANGE... Over 50 books written, including The Peace Manifest Bible, a new interpretation — all in the process of being published one at a time. Revelation on the Bible — fresh and with no precedence of kind. New Maths — new insights on the universe and creation. 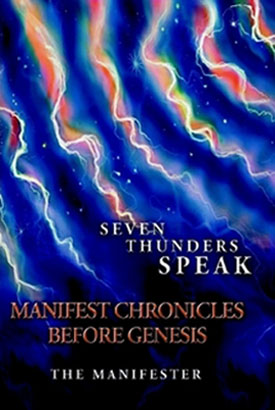 Revealed to THE MANIFESTER by insights beyond this world, this is a story of pre-existent universes...

This is book one of seven writs Included is new revelation on the Holy Grail, the Ark of theCovenant, the Urim and Thummim, early Jesus years, and insights to overcomers and life after death.

The Peace Manifest Bible is a Spirit to spirit Holy Spirit contextual interpretation... There is presently no other Bible like unto this Holy Pesher Bible with its many levels of transcendental writ.

It contains Threefold levels of insight to Scriptures that answers questions so distinctly that hearts become content who read it.

Ordained by Angels and prepared by a scholarly team of Spirit-filled School of the Prophets for Holy Spirit contextual-architect presentations.